Some years ago it might not have been so, but today I think this post is redundant in its bare essentials. I believe for most of you, regardless of how much you know about Bolognese swordsmanship specifically, the terms true edge and false edge are familiar. Regardless of the collective knowledge of the community being far ahead such basics, even many of the original masters began by explaining this concept. And of course, there will always be those completely new to Historical European Martial Arts reading this, in which case this will be the perfect place to start. For others, consider this recap, or maybe just a new perspective, on a familiar topic. 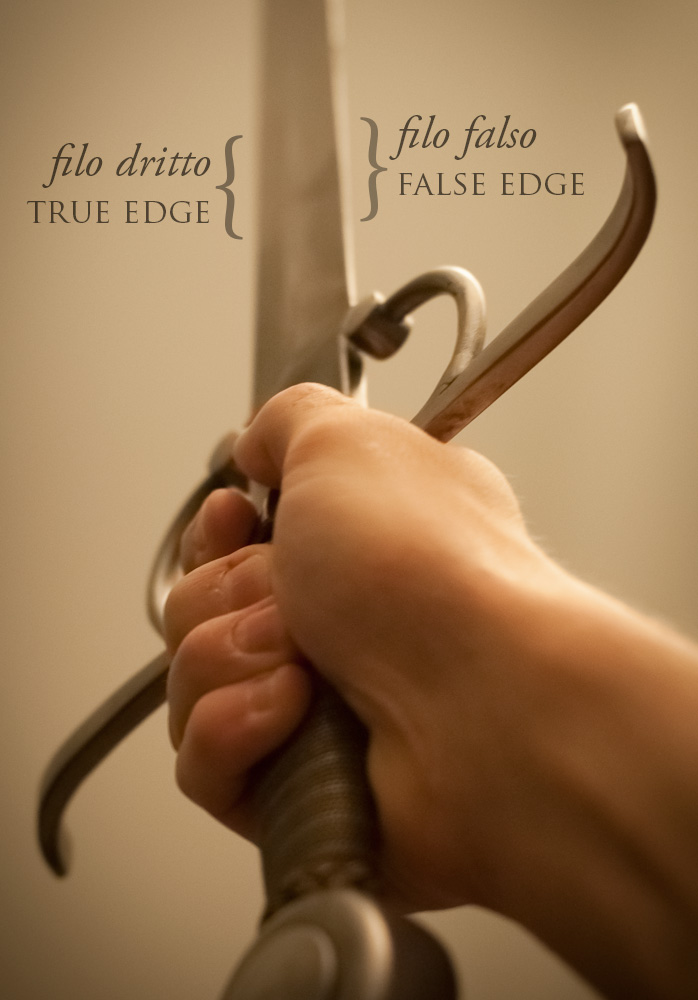 In a sword meant for use in combat or the duel, both edges are sharp and capable of wounding. They still have different primary roles: most attacks and offensive strikes are done with the true edge, while the false edge performs ascending diagonal parries. Conveniently, these parries are named* falsi*.

Beside parrying, all cuts can in theory be done with the false edge, but the most fundamental ones are the rising cuts from below aimed at the hands or arms of the opponent.

If the swords remain crossed, they can do so either false edge to false edge (falso con falso) or true edge to true edge (<span class="glossaryLink cmtt_Strikes" data-tooltip="

As we see, the cuts, the parries and the crossing at half-sword all require understanding the edges of the sword. This is a simple lesson in itself, but it will be of great value to us when we take a closer look at the various strikes in the system. But before that, in the upcoming posts we will discuss the guards and then have a quick revisit on footwork, though it has already been discussed.